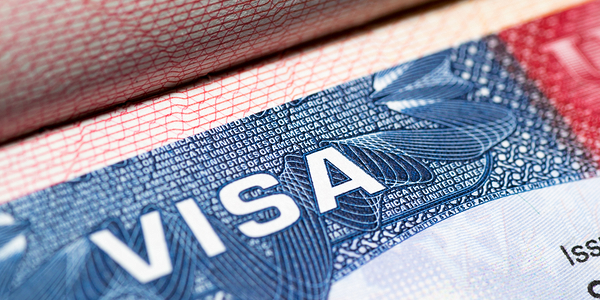 As we have reported, January was a busy month for the H1B visa program under the new Trump administration.  Three new bills were introduced in Congress to reform the nonimmigrant work visa qualifications for US sponsors of foreign workers.  In addition, an executive order may be pending that would place some administrative restrictions on H1B visa right away.

While the majority of US media attention is on the current immigration ban, changes to the H1B program has the potential to affect both US and foreign business interests in a profound way.

Here are a few recent updates:

The most glaring abuses of the H1B visa program have been by outsourcing firms, some of them located in India with US subsidiaries.  They staff US companies with contracted IT workers from India, but often pay the lowest wages, or refuse to pay workers at all between assignments.

The new H1B bills target these companies, in order to place restrictions on their dominance in the H1B visa arena.  In particular, one bill would give priority to companies willing to pay 200% of the prevailing wage for a given position.  It is doubtful this fits in well with the business strategy of most outsourcing firms.

To offset this wave of legislative resistance, the CEOs of several major IT outsourcing companies will be meeting with administration officials in Washington this month.  Apparently, they want to make their case that hiring H1B visa workers actually helps the US economy, rather than displacing US workers.

In any case, even if permitted to submit H1B petitions, these companies will find that their business model has changed, as new raised wage levels for H1B workers could deter these companies from participating as profitably.  The declining stock prices of outsourcing firms are reflecting the market’s fears that any H1B reform will impact their bottom line and earnings.

Trump to Meet with Indian Prime Minister in June

In a related development, President Trump is slated to meet with the Indian prime minister in June, and it is likely the H1B program will be discussed.  The Indian government was very vocal when H1B petition fees were raised last year, and even filed a complaint with the World Trade Organization to protest the fee increase for Indian outsourcing companies.

The Indian government is paying close attention to developments surrounding the H1B visa program and trying to sound an optimistic note.  The Indian external affairs ministry recently commented on the new proposed legislation and executive order, “Let’s not prejudge the outcome because we have seen what has happened to the similar bills in the past also. If and when the executive order is passed, we will certainly give a reaction…”

(It is true that under previous administrations, several H1B visa bills have died in Congress, but with a strong Republican coalition in place and Trump with his own agenda of reform, that is an unlikely result this time around.)

These comments underscore just how important US work opportunities are for Indian nationals as well as their economy.  Foreign IT workers in the US can make many times more money than in India, and advance their skills and experience at the same time.  The fact that 70% of all H1B visas awarded each year go to Indian IT workers does show that it has been heavily relied upon by that sector and one country.

We will continue to keep our readers updated on H1B visa program developments, and are available to answer your questions at any time.