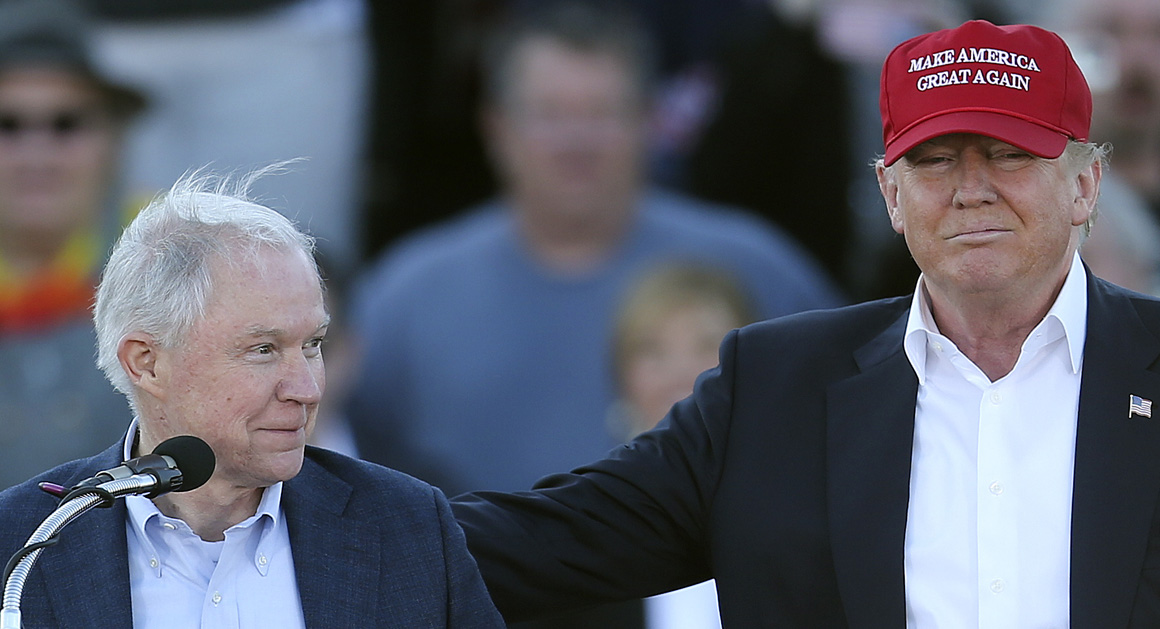 The problem with predicting how the H1B visa program may change in a Trump administration is that there are a lot of political and economic variables in play.  One important development that is getting news coverage is the possible appointment of Senator Jeff Sessions as US Attorney General.

Senator Sessions has been an outspoken critic of the H1B visa program due to some of the abuses by either outsourcing firms, or companies that hire foreign workers and displace US citizen job holders.  So, how will the appointment of Sessions influence the future of the program?  Here are the possibilities:

Issue 1: Overuse of the H1B Program by Large Consulting Firms

Consulting/outsourcing firms such as Infosys and Tata Consultancy (both based in India, a hub for IT workers) have been at the top of the list of number of H1B visas secured each year.  Further, the top 10 recipients (sponsors) in 2015 were all outsourcing firms.

This issue is a priority for Senator Sessions, since he introduced legislation last year to restrict outsourcing companies from using the program to sub-contract foreign labor.

It is highly likely that this is one change we can expect: either limited or complete denial of outsourcing firms to sponsor H1B visas.

Issue 2: Offering Lower Pay to Foreign Workers Than a US Worker

A related issue is the rate of pay offered to foreign workers compared to US workers with similar qualifications.  One proposed idea that could appeal to the Trump administration is to only award H1B visas to the companies that offer the highest salaries.  This could allow elimination of the lottery, since firms simply looking for cheap labor would find themselves shut out of the program by simple economics.

This is the type of direct and supportive work relationship that could be the highlight of a future H1B visa program, and we can expect tech jobs will still be available for qualified applicants being sponsored directly by companies such as Apple, Microsoft and Amazon.

There are a few well publicized convictions of H1B visa fraud, but less known is the fact that Infosys, one of the chief outsourcing sponsors, settled a visa fraud case in 2013 for $34 million.  Any Indian IT workers that feel they may be unfairly singled out with the new Trump policies, have to consider the fact that one of the largest sponsors of H1B visas also actively defrauded the USCIS and violated program requirements.

The Trump administration will not be a friend to the IT outsourcing industry’s attempt to circumvent H1B visa laws.  We can expect cases like this to prosecuted aggressively if Senator Sessions becomes Attorney General, no matter what new program restrictions are in place.

It appears the days are numbered for outsourcing firms that hire H1B workers and then contract them out.  This is the kind of abusive practice that the Trump-Sessions partnership would probably curtail completely.  But that should be good news for IT workers in particular, who will no longer have to worry about being ‘benched’ or denied the full pay promised for their H1B positions.

In the future, an H1B visa could only be offered at high rates of pay with committed sponsors, and could be a well-established path to obtaining a green card.

26 thoughts on “The Donald Trump – Jeff Sessions Policy Shift: What Could Really Happen to the H1B Visa Program?”