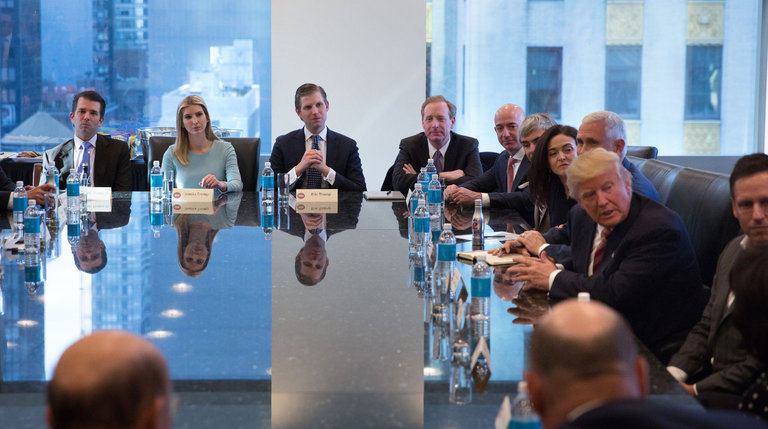 As President-elect Trump recently met with the leaders of major US technology companies, there was speculation behind the scenes of what impact this could have on the H1B visa program for skilled foreign workers.  Because the majority of H1B visas are awarded to IT workers from India, the tech industry has a huge stake in any potential changes to the program.

While Trump has been vocal about restricting the use of the program to replace US workers, there is one related issue that could impact any changes to the H1B program.  It is no accident that Trump was courting the tech CEOs, and the primary reason could be political as he now has a balancing act with competing immigration policies.

A Political Compromise:  The H1B Program and the Immigration Wall

The incoming Trump administration’s priority on immigration reform is to build some type of barrier between the US and Mexico, and deport any illegals currently inside the US.  He repeated this often during the campaign, and it resonated with his voting block in the heartland of the US.  However, this is not a popular idea among democratic lawmakers, and Trump is going to need some democratic votes to get this type of law passed in Congress.

This is where the tech industry comes in as a point of leverage.  The majority of IT jobs are in California, New York and Connecticut, all democratic strongholds.  If Trump wants to build his wall as the centerpiece of his immigration reform policy, he will have to give something up and he knows that.  In order to secure the democratic votes that he needs, the most valuable bargaining chip could be the H1B visa program.

Here is a possible scenario that could unfold to that Trump can achieve his immigration priorities:

Not all of these steps may occur, but the H1B program will be at the center of any immigration reform package sought by the Trump administration.  So, ironically the H1B visa program could be a beneficiary of more comprehensive immigration reform, as long as certain steps are taken to prevent abuse of the program.

This would be an ideal scenario for Indian IT workers and the US tech companies that need their skills and training.  For now, the program is unchanged, so please contact us for help in locating a US sponsor and position under the H1B visa program.