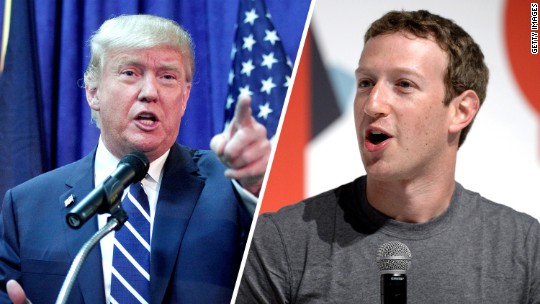 With all the talk about threats to the H1B visa program for non-immigrant skilled workers, it is tempting to think that no one in the US supports the program.  Even many of our blog articles talk about the change in the US political climate that could bring some program changes.  However, there are some key supporters inside the US of the H1B visa program, who recognize its value to the US economy.

The US Chamber of Commerce: A Vocal Supporter of H1B Visas

The USCC is the leading business lobbying group in the US, and has been vocal in its support of the H1B visa program.  They are actively looking at ways to preserve the program and illustrate its benefits to the economy.

The USCC makes the claim that limiting H1B visas to an annual cap of 85,000 actually causes over 500,000 job losses (or more accurately, jobs that are not created by an increase in productivity).  The USCC bases the estimate on a study by the American Enterprise Institute that showed every H1B visa worker creates 1.83 jobs for US citizens.  So, if an estimated 250,000 applicants are all granted H1B visas, that could reach a half million new jobs created.

They also claim that removing the annual cap on H1B visa…”would amount to 1.3 million jobs and a GDP increase of more than $158 billion by 2045”.  The USCC is not likely to back off on their efforts to keep and expand the program, and will use their ‘pro-business’ stance as a primary platform.

During the presidential campaign, Mark Zuckerburg was called out by Donald Trump for supporting an expansion of the H1B visa program.  But the Facebook CEO was undeterred by the comments, and has started a public interest group Fwd.us to lobby against restricting the program.

He has come out and said that one of the reasons that he thinks the US needs the program is that US employees ‘don’t work hard enough’, and H1B visa workers are preferred for that reason.  That is an interesting remark, and one not heard very often from a prominent US CEO who seems to prefer the work ethic of foreign workers over their US counterparts.  It seems to undermine the common argument that H1B workers are sought after because they are just cheaper.

IT Giants Microsoft, Google and Others

Other large tech companies have a similar interest in maintaining and expanding the program, since they routinely hire most of the H1B visa holders as skilled IT workers from India.

These tech companies (located mostly in the Silicon Valley of California) are not without influence due to their major presence in the US economy.  If they can demonstrate sound business reasons to preserve or even expand the H1B program, even President-elect Trump may have to acknowledge the value of skilled foreign workers in the IT industry.

This organization is headed by an immigrant, Rosario Marin, who served as US Treasurer under George W. Bush.  The ACA is dedicated to immigration reform, and earlier this year called for expansion of the H1B visa program.

She stated that “There is overwhelming demand from American companies — both large and small — for educated, skilled foreign workers to fill jobs in computer programming, coding, medicine and information technology. These are jobs that would be left largely unfilled if not for international workers, as our domestic workforce doesn’t consist of graduates with these skills in the enormous numbers we require.” http://edition.cnn.com/2016/07/16/opinions/h-1b-program-needs-expanding-marin/

These highly credible voices and views within the US business community illustrate the type of support the H1B visa program has in the country.  Isolated examples of program abuse have been amplified during the recent political season, but perhaps a more balanced approach is possible as the very real need for the program is recognized.

If you have questions about finding an H1B visa sponsor and position please contact us, as the 2017 season is well underway.

3 thoughts on “Who Supports the H1B Visa Program?”