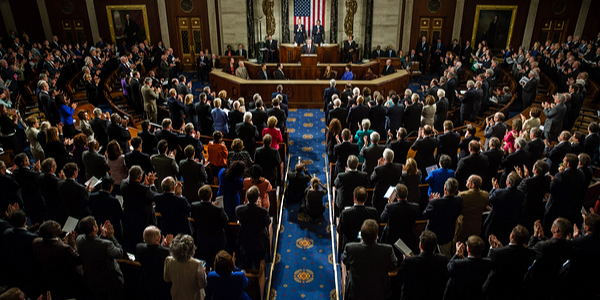 Once again, the US Congress will see an H1B visa reform bill introduced by U.S Rep. Bill Pascrell (D-NJ).  This is his third attempt at sponsoring a reform bill, but due to a pending presidential election he may have a better chance this time of making progress.  There has been some outcry from India and companies in the US that use H1B visa employees for the IT industry, since curtailing the H1B visa program would have an economic impact.

Elements of the Bill

The bill is designed to protect US workers as well as inhibit firms that hire many H1B employees.  Many of those companies are in the IT industry and hiring Indian technical workers for US based positions.  These companies are objecting to the bill since it may mean changing their business practices, which include hiring H1B employees from India, and then “benching” them.

The main components of the bill are:

Critics of the H1B visa program fear that misuse of work visas can actually prevent skilled Americans from finding employment.  So the bill will contain a requirement that the company using H1B employees make an effort to find qualified US workers first.

Companies Will Be Prohibited From Replacing US Workers with H1B Employees

This is similar to the previous point, and just makes it illegal to bring in H1B employees to replace US workers in their positions.

Prohibits Hiring H1B Employees if Over the 50-50 Rule

If a company already has 50 H1B employees, or more than 50% of the staff are on H1B visas, then that employer would be prohibited from hiring more H1B employees.  This is essentially designed to prevent companies that are exclusive users of H1B employees to use the program as part of their business model.

Naturally, the bill is being challenged by India (since many of their IT workers will be affected).  India claims that limiting or curtailing the H1B visa program would be a violation of trade laws, and a similar objection was made when visa fees were increased for H1B reliant companies.  Those fees can now reach up to $10,000 per worker, and because many companies rely on the illegal practice of shifting the visa fee to the worker, this diminishes their ability to recruit foreign nationals.

The objections will probably not succeed in changing the visa fee since the US, like every sovereign country, has the right to establish immigration and visa policies without political or international pressure from trade groups.  That same policy would apply if the new H1B visa bill were to made into law.  Workers that are foreign nationals do not really have any standing to object to changes in visa laws, any more than a US worker could object to Indian immigration laws.  India’s only recourse is to retaliate by limiting US workers inside of India, or otherwise changing bi-lateral trade agreements.

The success of the bill is more likely this time around given the pending presidential election this year in the US.  The bill sponsor is a long-time ally of Hillary Clinton a leading candidate, and the other potential candidate Donald Trump has demonstrated his protectionist approach on behalf of US workers.

Indian IT workers will still be able to work in the US, but they would have to be more selective about the sponsoring business and type of position.  Please monitor our website and blog for future developments of these pending changes to the H1B visa program.