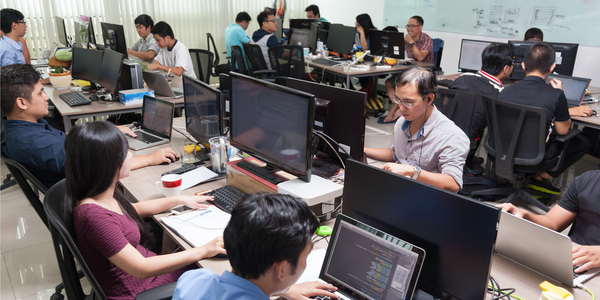 The IT outsourcing industry is watching closely any changes to the H1B visa program which is a cornerstone of their business strategy in the US.  The top IT outsourcing firms account for nearly 70% of the 85,000 H1B visas awarded each year, and any program reform will affect how they operate in the future.

Although there have not been any substantive changes to this year’s lottery, the outsourcing companies are already making plans for increased restrictions of the popular visa, which attracts nearly 240,000 petitions each year for a chance to work in the US.  This disparity has historically led the IT outsourcers to file many more petitions than they need, since a full two-thirds will not be selected in the lottery, but now this strategy is shifting.

Here are a few comments from the leadership of those companies on the H1B visa reform movement that underscore how they will be affected:

“The key thing is that we will stop applying for H-1B visas for employees with lower levels of experience,” Krishnakumar Natarajan, executive chairman of IT services company Mindtree Ltd., told Bloomberg News. “Additionally, we will reduce the numbers of visa applications as a whole and I expect overall industry numbers to fall.”

“We are going local and building recruitment to reduce dependencies on H-1B visas,” said Bengaluru-based Natarajan, a former chairman of industry body Nasscom.

A Changing Business Environment in the IT Industry

The US IT industry has relied on the availability of contract workers, who are recruited and hired by outsourcing firms in India.  These temporary and low cost employees save the clients the time and cost of hiring full time employees, and have in the past displaced US workers in favor of those H1B employees.

With some of the proposed changes that might limit participation by outsourcing firms in the H1B visa program, there will be an effect on the economy in both the US and India.

In response, IT outsourcing companies will be making changes including:

Who Is to Blame for This Change in Policy?

There is a vigorous debate about the value and need for H1B visa workers in the US, but the Indian-based outsourcing firms have to shoulder much of the blame for the changing policy.  They have dominated the H1B visa lottery each year, filing numerous petitions and obtaining the majority of visas issued.  Often, they would fail to pay workers the promised wage or ‘bench’ them between contracts.

Obviously, this makes it hard for US workers seeking full time employment to compete for a position that filled more cheaply, and with no long-term commitment by the company.  So, while the outsourcing firms and even the Indian government complain about the pending changes, it is their abuses that have led the H1B program to the brink.