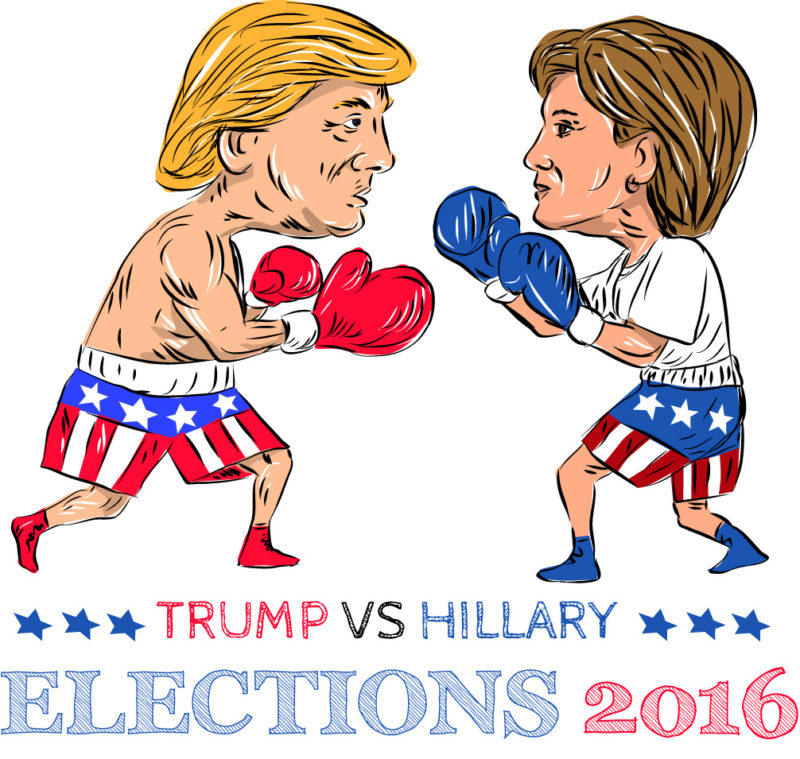 The November 2016 presidential election is approaching and the outcome could have a dramatic effect on US immigration policy, including the H1B work visa program.  While the result is uncertain at this point with the candidates nearly even in polls, they have both outlined their stance toward immigration rules that can give some indicator of what might happen after the election.

With a strong base of support with Silicon Valley’s technology industry, Hillary Clinton has been committed to maintaining the H1B visa program.  The majority of H1B visas are awarded to IT workers, and any reduction in the number of annual visas available would affect those companies and their access to skilled IT workers.

Policy Position: Clinton is clearly pro-H1B despite being aware of US workers being displaced from their IT positions by foreign nationals under the H1B program, and even being asked to train their H1B replacements.

She called the practice “heartbreaking”, but did offer any solace to the replaced workers in terms of H1B program reform.  She pointed out that hiring less-expensive foreign workers is a valid ‘cost-cutting’ measure by IT companies and did not offer any alternative solution.

Conclusion:  The H1B visa program would probably remain largely unchanged in a Clinton presidency (and even expanded), and she has voiced support to offer green cards to all graduating foreign students studying in the US.  However, H1B program reform is now a bipartisan issue in the US and she could face pressure to implement some type of reform.

Donald Trump has been vocal about his immigration policies, from building a wall at the Mexican border to broad-based deportation of illegal immigrants.

Policy Position: Trump’s stance on the H1B program seems to revolve around the practice of replacing US workers with H1B replacements, something that has occurred in IT companies as mentioned, as well as others such as Disney.  He has gone as far as inviting displaced US Disney workers to his political rallies.

Trump’s H1B reform policies are similar to those being advanced in various legislative bills introduced in Congress this year, ranging from increasing the ‘salary exception’ level (which would create an incentive to hire US workers) to flat out prohibiting heavy H1B visa employers from participating.

Conclusion:  In a Trump presidency there would likely be H1B visa and other immigration reforms.  He has made such an issue of it in the election that it has become a central part of his overall message and policy framework.  You would certainly see some new restrictions on the H1B visa program that would prevent companies from replacing US workers with foreign nationals, unless they could prove that a qualified US worker could not be found.

What Does This Mean for Foreign Nationals That Plan to Apply for H1B Visas in 2017?

If you are planning on locating an H1B visa sponsor and apply for a job this year, you should go ahead with the process.  H1B visa reform would probably not affect this round since changes may take some time to implement.

For the future, you may want to focus your search for positions that are cap-exempt (please see our articles on this avenue), and other unrestricted visa positions.  If you are an IT worker, keep a close eye on developments through our website and blog, as we will update you on any pending legislation or changes that might affect you.

3 thoughts on “How This Election Will Impact H1B Visas”