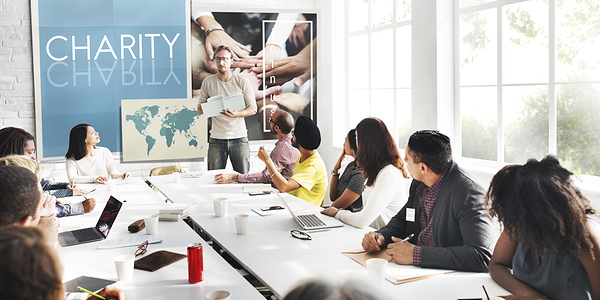 For many applicants, the H1B visa annual cap is the greatest hurdle to overcome in obtaining this much sought after work visa.  Because each year the number of visas awarded is capped at 65,000 (plus 20,000 for master’s degree and higher applicants), the USCIS uses a largely unknown lottery process to fill the quota.  The remaining applicants are turned down, regardless of skills or work experience.

However, there are several categories of ‘cap-exempt’ H1B visas, and one of those is for positions in non-profit organizations.  This exemption is not for every type of non-profit, and is specifically limited to ”non-profits associated with a government organization or higher education institution”.

This definition is not as narrow as it sounds, since non-profit H1B sponsors can be a branch or subsidiary of a primary institution such as a college or university.  What that means is that a hospital that is affiliated with a university is a valid H1B visa sponsor.  The applicant still has to demonstrate that they are seeking a ‘specialty occupation’ with a directly related educational degree, so this will not for positions such as security guards, housekeeping or other unspecialized work.

Possible Avenue for Tech Workers That Miss the Annual Quota

Nonetheless, the non-profit institution exemption is one that should be explored by potential applicants since the number of annual visas issued is unlimited.  For example, a computer programmer sponsored by a tech company would be subject to the cap, but a similar IT position in a non-profit is cap-exempt.

This would be true for many occupations since there is duplication of needed skills in both the for-profit and non-profit sectors.  Examples could include accounting, scientific training, nursing and engineering.  In some cases, the non-profit job may differ such as teaching computer skills rather than applying them at an IT company.

Non-profit Sponsor Petition as Back-up Plan to the Lottery

One approach could be to find an IT or other company sponsor (if that is what you want), and apply for the visa in the lottery system.  If you don’t make the quota, then a subsequent petition could be filed by a non-profit sponsor who may be interested in offering you a job.  The reason that this is possible is because cap-exempt petitions can be filed at any time during the year and are not subject to the time frame of the April filing deadline and lottery.  As long as you meet the H1B visa qualifications, you will receive the visa and can begin work.

This two-step strategy will have to implemented one petition at a time, with the company sponsor filing first for the April lottery.  However, the applicant could be spending their time researching and contacting non-profit sponsors while the waiting for the outcome on the first position.  Even if there is an open position, you can inform the non-profit you are entertaining other offers before you decide to accept and start the H1B visa process.   There is no reason or obligation to inform the non-profit of your existing H1B visa petition, and if it comes through you may simply decline any job offer.

All of this assumes that you’re either applying from your home country, or have another type of valid visa in the US such as an F-1 for students.

Government organizations that engage in research have a similar exemption, and could offer a much easier avenue toward obtaining an H1B visa.  Some might argue that the pay scales in non-profit and government institutions is lower, but the H1B visa rules require that compensation is equivalent to other similar positions.

In any event, the non-profit position would be better than none at all for a year until the next lottery.  Also, these jobs are less likely to be subject to the “benching” problem that plagues foreign workers in the IT industry, and other abuses of the program by so called “consulting” firms that take advantage of foreign workers.

If you have questions about cap-exempt positions in the H1B visa program, or how the lottery system may be limiting your chances, please contact us.

11 thoughts on “H1B Visas for Positions in Nonprofit Organizations”