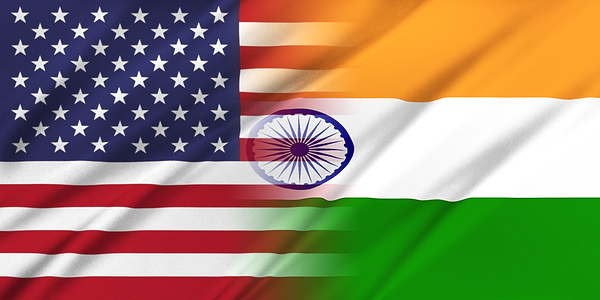 The H1B visa program is just beginning to change, but major players in the tech industry and Indian government are making their voices heard. Although President Trump has instructed the USCIS and other federal agencies to strictly interpret the H1B criteria for new petitions, it appears that some Indian officials cannot accept this change in US immigration policy.

Indian Officials Continue to Lash Out Against H1B Visa Changes

As we have mentioned in other articles, the Indian government has stepped into the H1B visa fray and is making very pointed comments about the proposed tightening of visa approvals.  The most recent remarks came from the Indian commerce secretary who offered her opinion on the US (as well as Australia and Singapore) changes to their work visa programs:

“We think some countries are confusing modes of supply in services trade…Immigration is a different thing and every country is entitled to formulate their own policy on it, but the movement of workers on specific assignment who go back once their job is done is a totally different issue. It’s an important element of services trade.”

H1B Visas Are a Part of India’s Export Economy

This is an interesting point of view for one government to instruct another on how to define their immigration policies.  In other words, she sees the awarding of H1B visas to temporary IT workers as an Indian “export”, even though those workers return to India with enhanced skills and experience to offer inside their country.

She went on to say that these exports are important to India’s economy, since the H1B workers make Indian companies more competitive:

“Our job is to promote exports…But the real issue is how to make domestic companies more competitive, and the government has been taking several steps in this direction.”

India’s Own Work Visas are Administered by Their Immigration Department

What makes this even more curious is that India issues work visas to its own country using similar criteria to the US, all of which are listed on their immigration website:

It makes us wonder how India views service “imports”, and if they would loosen their strict immigration criteria for work visas simply to make foreign companies more competitive.  In any case, it is obvious that obtaining work visas in India is an immigration issue, the same as in every country in the world.

Infosys Steps Up to Create US Jobs

At least one Indian company, Infosys, is overcoming the issue and proposing to create 10,000 new positions inside the US for residents. These US workers will be hired over the next two years in four technology hubs, and could create even more jobs through the improved local economies.

This move really underscores the difference between corporate problem solving and governmental moves to deflect unfavorable policies.  The Indian IT companies are just taking a business approach and finding ways to boost the US job picture, which should also take off the heat from some of the poor press they have received.

The Indian government can continue to attempt to reframe the H1B visa any way it wants, but they are unlikely to get any satisfaction from the Trump administration.  On the other hand, if Infosys makes good on its promise, their reputation will only be improved in the US, leading to continued strong business success.