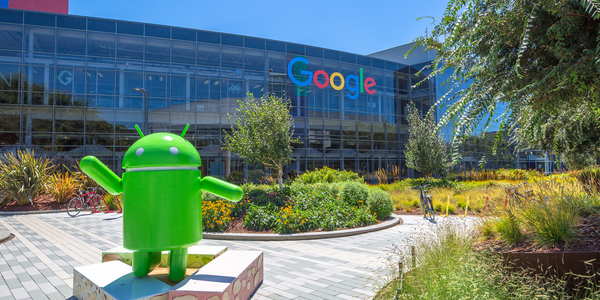 There is a reason that the IT industry in the US is watching closely any changes to the H1B visa program.  The metropolitan centers that house many high-tech companies are filled with H1B visa workers from other countries, who were recruited due to their educational background and work experience in technical disciplines.

Any attempted change to the H1B visa rules or requirements generate an immediate response from the corporate leaders of major tech companies, since they know just how much they rely upon foreign workers to continue competing in the global marketplace.

This fact is in contrast to the outcry from other sectors, claiming that these foreign workers are displacing US workers.  The truth is that there is a shortage of skilled technical workers in the US population, since the educational system does not emphasize those career paths.  Other countries (such as India and China) have different educational priorities, and their citizens can bring another level of skill and technical experience to US companies.

The Silicon Valley in California is home to IT giants like Facebook and Google, but there are hundreds of other IT companies that rely on H1B visa workers for their unique skill sets.  Census data from 2016 states that 71% of all workers in the city of San Jose are from foreign countries, a staggering figure that underscores their importance to the US economy.

More specifically, over 50% of STEM (science, technology, engineering and mathematics) positions in Silicon Valley are held by foreigners.  Not all of these are H1B visa workers, but many at least begin with a non-immigrant work visa.  Cleary, foreign workers are key to continued growth and success for the IT companies in Silicon Valley.

In New York City, another tech-heavy location, 43% of STEM workers are from foreign countries.  Further, New York is the number one location for H1B visas, based on the percentage of applications compared to other locations.  Given New York’s history as a home to many types of immigrants, this is not too surprising.  It may be the easiest place for a foreign worker to find a community of people from their own culture, while working in a specialty occupation.

Although Silicon Valley is the first location that comes to mind when it comes to H1B visas, San Francisco and San Jose are only ranked number 6 and 7 in the H1B arena, by percentage of applications (followed closely by Atlanta, Georgia at number 8).

Interestingly, Houston, Texas comes in at number 2, and Chicago, Illinois and Redmond, Washington (home to Microsoft) are tied at number 3.

The Importance of the H1B Visa

These numbers and facts illustrate that foreign workers (either non-immigrant or green card holders) occupy a valuable place in the US economy.  As a practical matter, it would be impossible to replace the many thousands of foreign workers with US workers at this point, since the trends and demographics are well-established and relied upon by US companies.

H1B visa reform is targeted toward reducing abuse and fraud within the system, or as a means to introduce lower paid workers by outsourcing companies.  All parties involved in the debate are will aware that H1B visa workers are not only helpful, but for many companies in the IT sector they are essential to achieving success.

If you want to be a part of the H1B visa program and need to locate a sponsor and position, please sign up here.